from Black Gramophone by Sarah Beatty 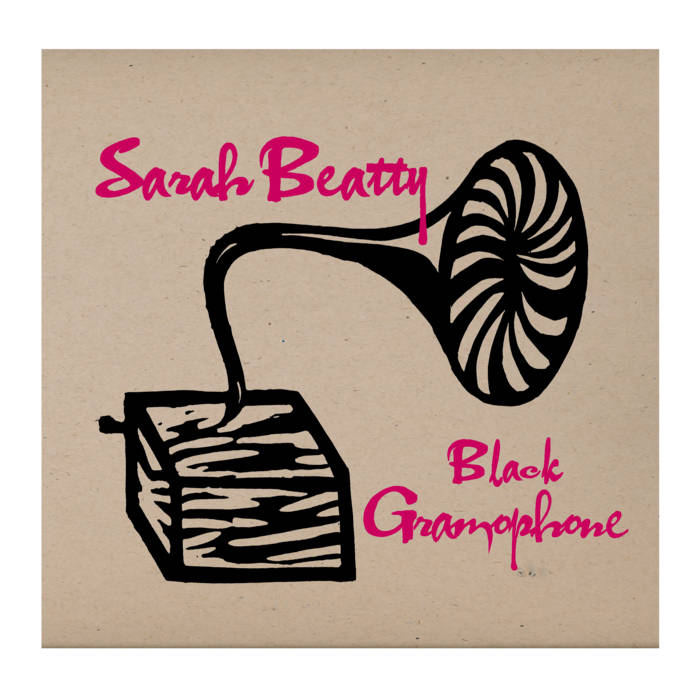 A beer bottle voice tells stories half recalled
While his girlfriend’s lighting cigarettes and speaking kind of loud
I took a moment to remove myself
From a room that got too full
But now I’m back and I get the feeling
There’s just as many molecules
Moving here and moving there
Collisions and colliding are happening everywhere
And the heat it keeps on building
With the pressure of the air
As these molecules keep trying
To find a bit of fresher air
Spinning in their orbits, never finding rest
And I can feel how they’re multiplying
Because I feel it in each breath
And a polymeric substance
Creates a fogginess in my head
But I muster up a question
To the molecule to my left.
And he replies with some forgiveness
Cause he can see I’m trying hard
To join in all this revelry
Even though I feel so far away.

And I know there is a source zone
Where all these molecules were born
For in this space with time and gravity
I’ve come to learn a few things more
Cause I keep seeing clouds of people,
Coagulating near the door,
They keep searching for other molecules,
Ionic bonds and so much more.
And I recognize this movement,
Cause I can see it in my mug,
I filled it with warm apple cider,
And an ounce of dark aged rum.
And even with the booze,
I’ll avoid the cloud that’s in my cup.
I know it wants me to consume it,
So it can see what I’m made of.
Protons and electrons,
and bunch of feelings too,
and I’ll tell you if you ask me,
but this cloud thing I can’t do.

And maybe one day this (mighty) molecule
will take a higher form
Cause I feel I’m underneath it,
And I know that’s not the norm
But for now I’ll float out own my own
A mighty molecule of one
And I’ll conspire to conspire
So I don’t feel too alone
Cause I know there’s a bunch of molecules
That look a lot like me,
Expressed in a bunch of places,
In a bunch of living things
And they’re trying to be familiar
All while trying to be strange
Cause they’re carving out their niches,
and populating,
and decorating,
empty space.

Written and Produced by Sarah Beatty

Recorded live off the floor at River 16 Studios, Oakville, ON

Mastered by Andrew Cowan at Lacquer Channel Mastering, Toronto, ON

Bandcamp Daily  your guide to the world of Bandcamp